We send cameras, experiments, and other payloads to new heights.

The Initiative's balloon group launches weather balloons with various scientific and educational goals. The balloons often go above 80,000ft, opening up a new range of opportunities and perspectives. Balloons are tracked via satellite and radio GPS trackers, and several payloads can be launched at once. 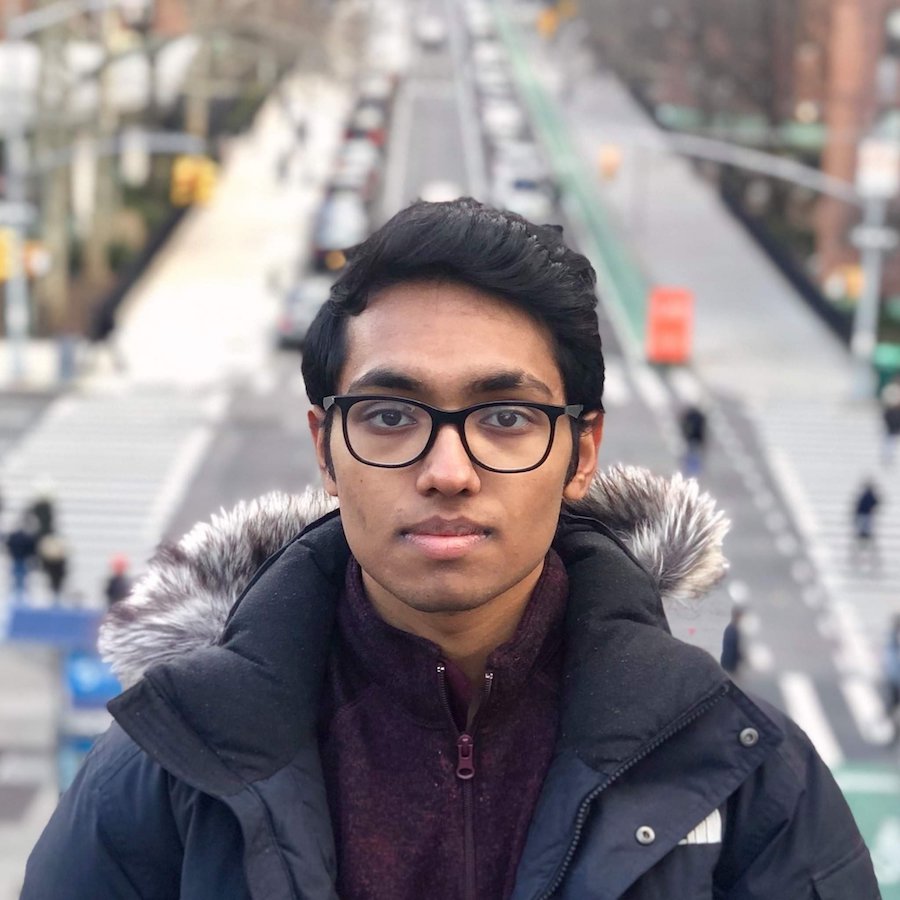 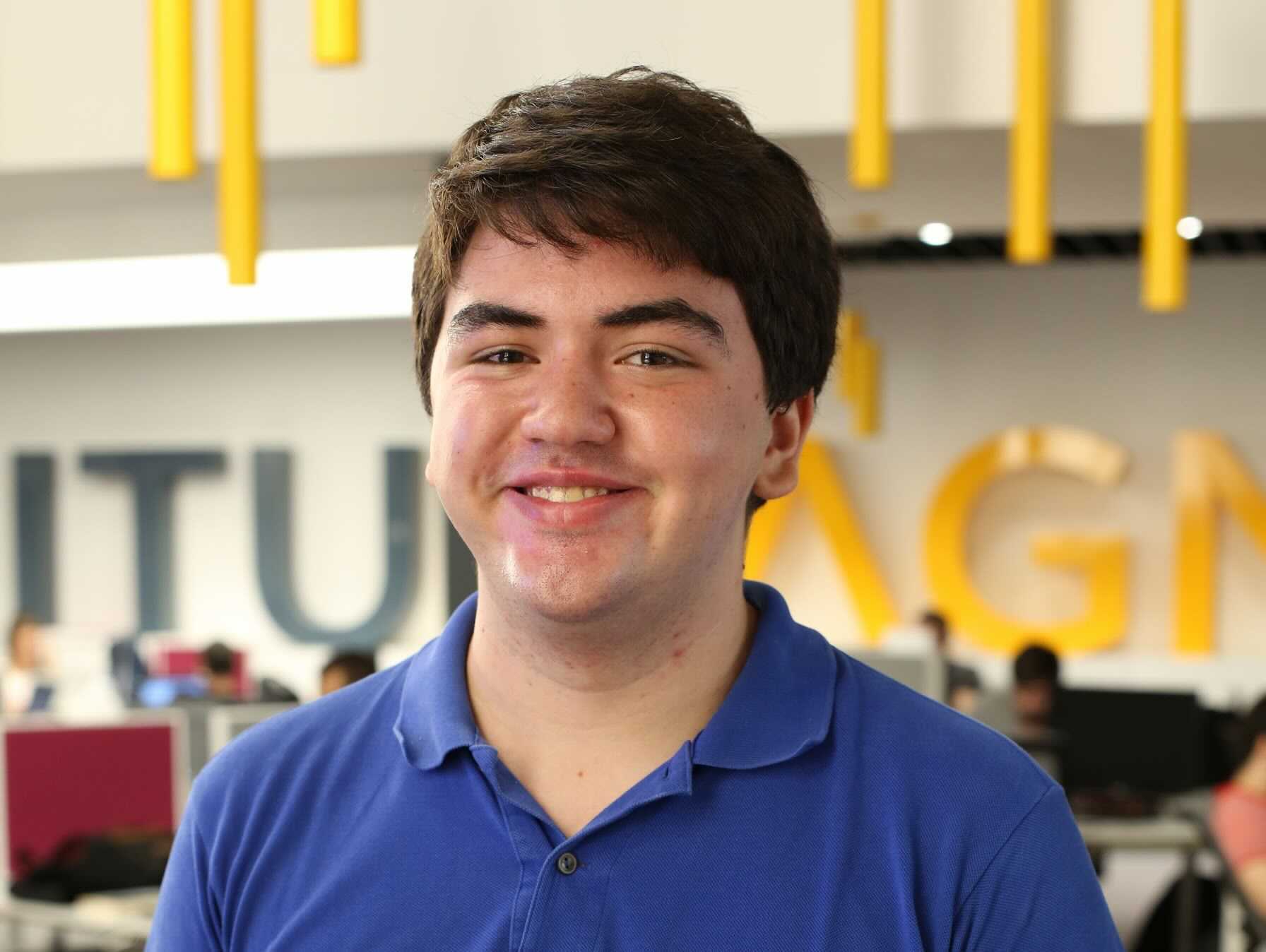 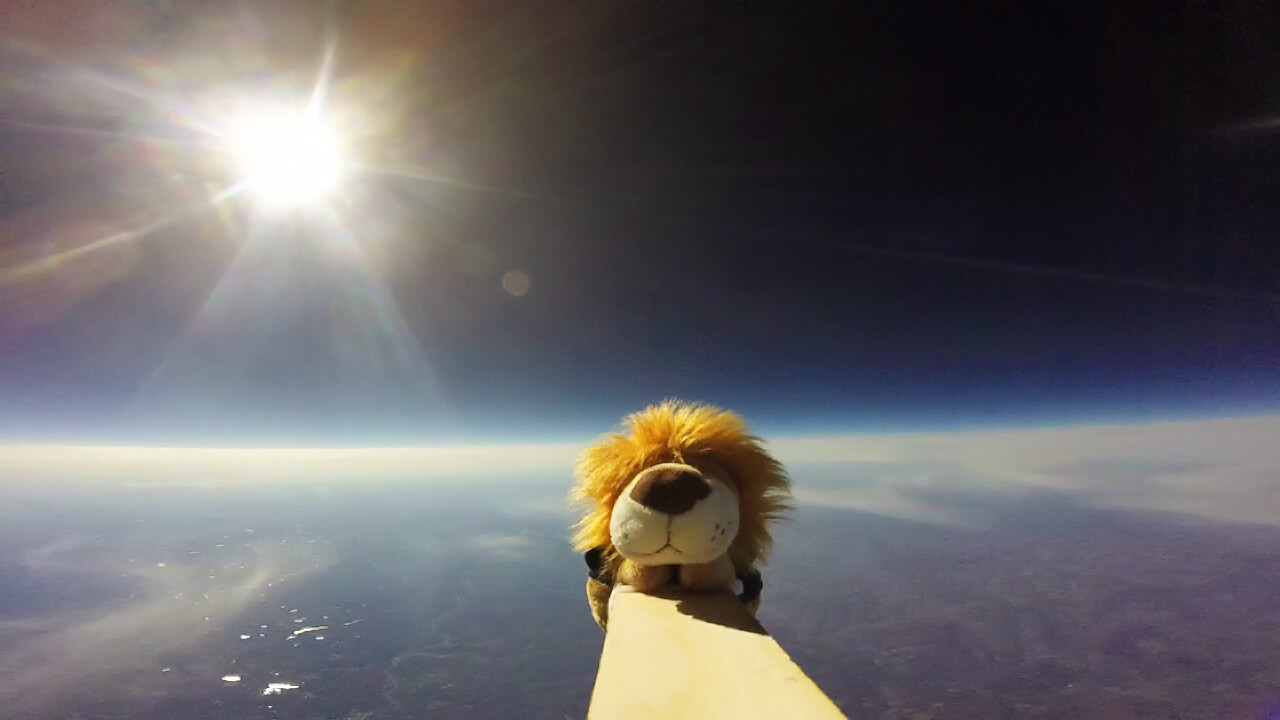 I’ve wanted to make this post for a while, but life and finals got in the way. I finally found the time to write this up, exactly a month after the balloon launch.

First of all, thank you to everyone that contributed to this mission. We couldn’t have done it without you all.

The balloon was launched on April 16th, 2016 just before 4pm EST near Prattsville, NY. We had initially planned for the launch to be before noon to make recovery easier, but delays and technical issues pushed the launch time back.

The balloon landed in the backyard of a farm house around 6:44pm. It landed in the middle of a lawn right next to a road, resulting in a very easy recovery. We were very grateful for this, as by the time we reached the payload it had gotten dark. Landing in a more difficult location would have required recovery on a different day.

The maximum altitude of our balloon is rank 88 on arhab.org

We need a smaller tank for helium transportation. We had to rent a van to carry the large tank, which was an inefficient use of funds as it could only carry 2 people. Using two smaller tanks would allow us to carry them in an SUV, which can fit more people.

I thought the APRS GPS tracker (the radio one) wasn’t working because it wasn’t showing up on the website. However, I was able to verify with my Baofeng UV-5R and APRSdroid’s packet decoder that the radio was, in fact, working. I later determined that, because we were launching in the mountains, the radio signals weren’t getting to the nearest repeater. The balloon showed up on the website shortly after launch.

The ground winds were absolutely brutal for the launch. Considering it was the first launch for most of our crew, they handled it remarkably well. The winds finally died down towards the end, enough for us to get a clean launch.

Since we didn’t have a mass flow meter to measure the amount of helium (we were quoted $2500 for one from Alicat), we had to use a scale to determine the lift force. A cheap luggage scale/fish scale worked well enough to ensure we didn’t underfill the balloon, but by launch we had to wing it to catch the break in surface wind.

The SPOT GPS tracker we had worked for going up (under the altitude limit) and showed up a couple times during the descent but didn’t work for the landing. This is interesting, especially since it’s usually the radio that doesn’t survive the landing.

We accidentally taped over the ozone sensor poking out of the box - this is my fault for not familiarizing the crew with the equipment and payloads; I might have even taped over it myself. We still collected data, but I’m not sure how accurate or reliable it is.

We need to launch much earlier next time ensure we can recover before sunset. This will get better with more preparation and experience.

The GoPro battery ran out early (we had the cheapest model) so we only got footage up to ~70,000 ft. We’re looking into acquiring a better GoPro along with a battery backpack.

We will start going through the data more thoroughly now, especially with more time in the summer. We’ll post any results or findings here.

BWOG wrote an article about us! Read it here

We released our Youtube video of the launch, watch it here

With a successful launch under our belt, we can look forward to doing more exciting and ambitious things!

We need to start looking for additional funding and future mission objectives. If you have any suggestions, please feel free to contact us through email or social media.

Counting Down for Balloons posted in balloons

We’re launching our balloon tomorrow! We’ll be launching at 10AM from Prattsville, NY.

You can track the balloon here.

A quick run-down of the mission:

p.s. The rockets team is launching tomorrow too!

A few updates for the end of March:

Workshop with the DDC posted in balloons

Today, we had the pleasure of running a workshop with the Double Discovery Center. Titled, “Exploring the Atmosphere with Extreme Balloons”, the one hour workshop sought to talk about the importance of the ozone layer to life on Earth, the applications of high-altitude weather balloons, and combined the two subjects in an interactive experiment design discussion.

We really enjoyed doing the workshop, and we would like to thank the DDC for hosting us. We hope that we will be able to come back after our launch in mid-April and share some science and fun from our project.

The resources used in the workshop, including the presentation and the accompanying notes, are available on the balloons mission page. 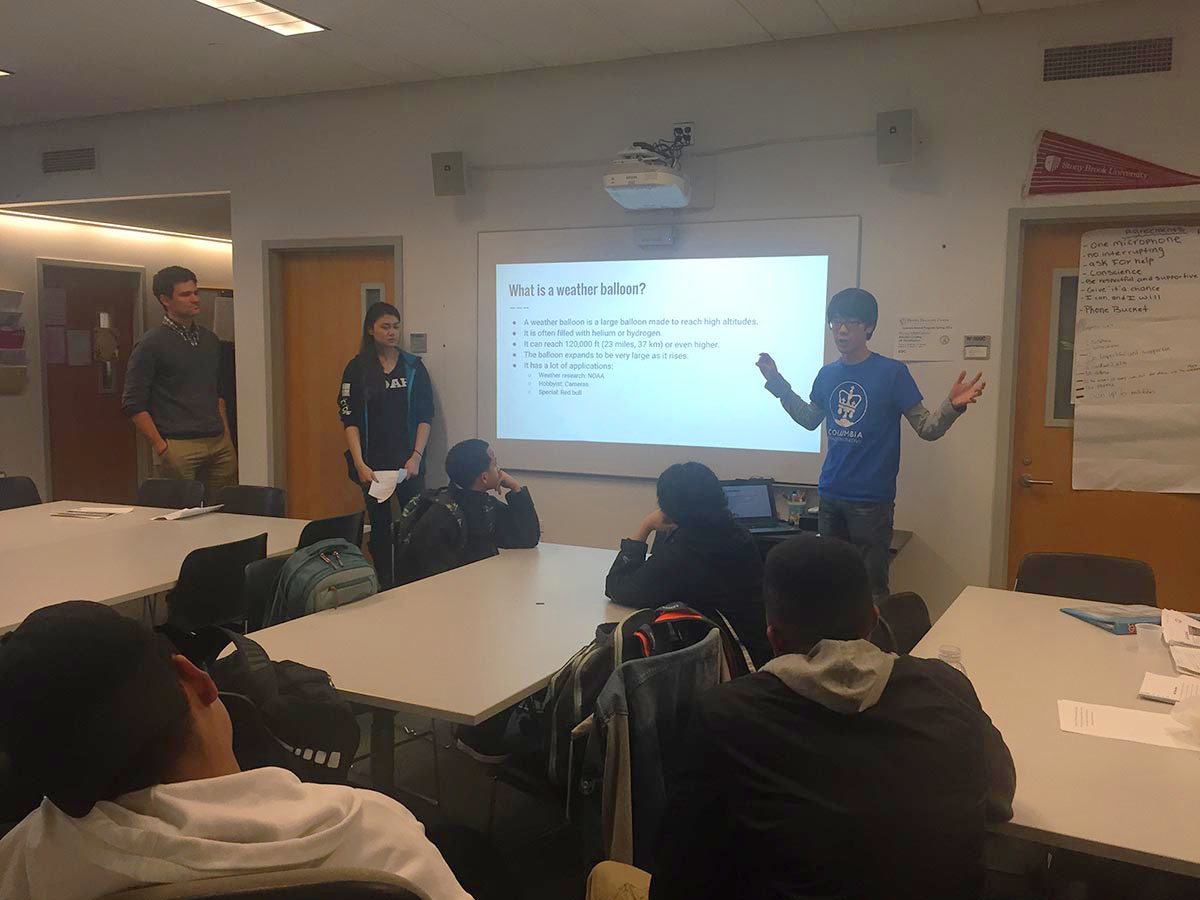 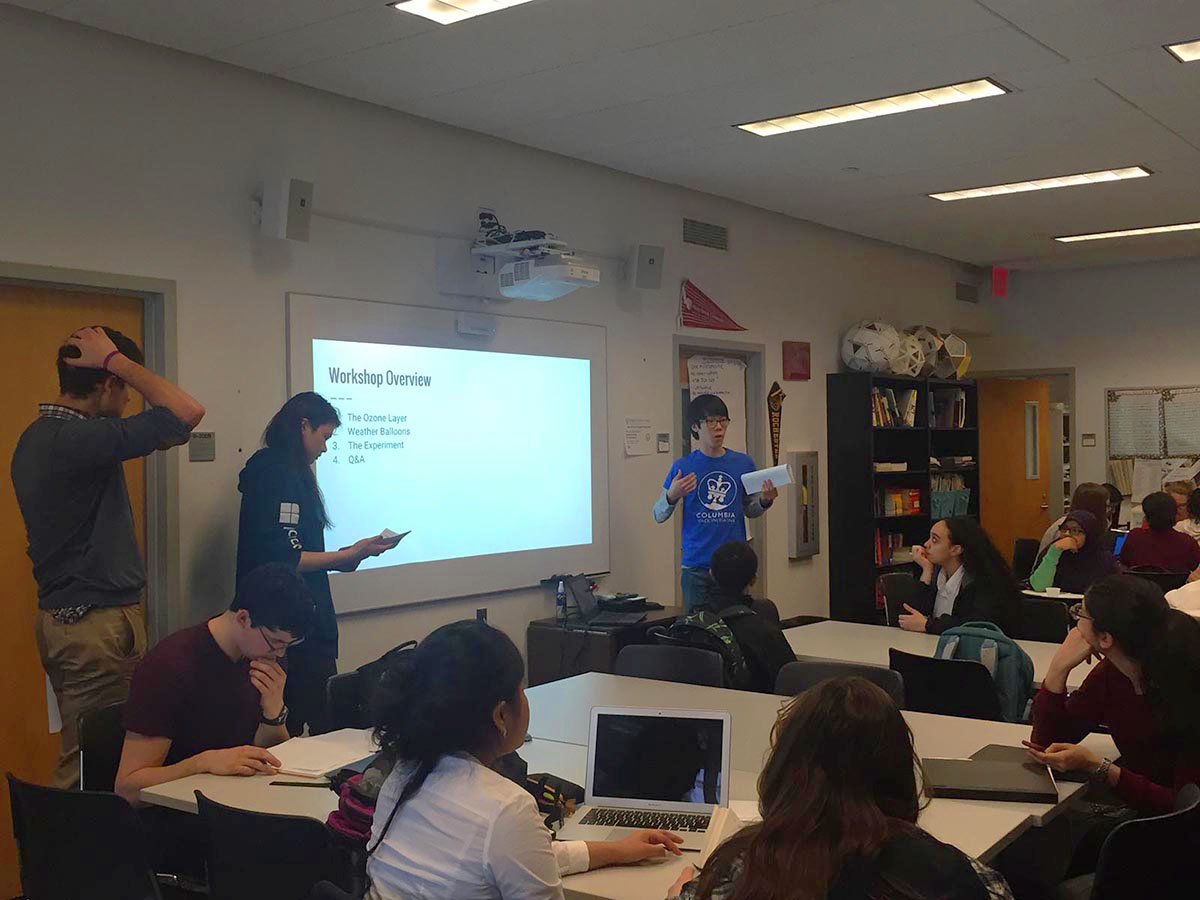 We’ve managed to acquire helium thanks to Jordi! Thank you Jordi!

We finished maintenance on our old electronic equipment. We will begin work on the 10DOF sensor from Marco (thanks!) and the ozone sensor whenever it comes in.

This Saturday (so, tomorrow) we will be working on the GoPro mount as well as the 10DOF sensor.

We’ve also updated CCSC on our details and such, so we should be getting some of our equipment soon!

With the start of the new semester, we’re welcoming new members to the mission. Here’s how you can get involved, from least to most participation.

Thanks everyone for the interest, we’re trying to launch by early April. With your support, we can make this a reality.

With the completion of our GoPro crowdfunding campaign, we have now acquired all of our payloads!

Here’s a quick look at what we have left to do:

Our sponsor, W2AEE Columbia University Amateur Radio Club, has submitted the order for a SPOT Trace so we can better track our payload! Many thanks to Eugene Lee for organizing our partnership with W2AEE!