Micro-g NExT 2017 Intro and Update! posted in microg

If you’ve followed CSI news, you’ll know that last year’s Micro-G team killed it. The team entered NASA’s design challenge to build a near-Earth asteroid anchoring device, and after months of work produced the “Lion Claw”, which passed with flying colors during testing at NASA’s NBL.

We’re very excited to introduce this year’s Micro-G team! We’ve already been hard at work on our mission since September; in fact, we’ve been working so hard that news updates have taken a backseat to our constant efforts to improve our design. But not to fear! Without further ado, we’d like to present Micro-G NExT 2017!

Our logo, designed by Maggie Fei

It was September, and this year’s Micro-G team clearly had a lot to live up to. Since Columbia’s previous team had already conquered the asteroid anchoring device challenge, we chose to enter a different Micro-G mission: the Subsurface Sampling Device challenge.

NASA is currently working on systems to take humans beyond Low Earth Orbit to explore the solar system. Some of the destinations of interest are celestial bodies with milligravity to microgravity.

A sample type of interest to scientists is a subsurface sample. Subsurface samples can showcase the history of the body and describe its internal structure.

Our mission: To design and manufacture a device that enables an astronaut to obtain a subsurface sample (core sample) in microgravity.

The team members are: 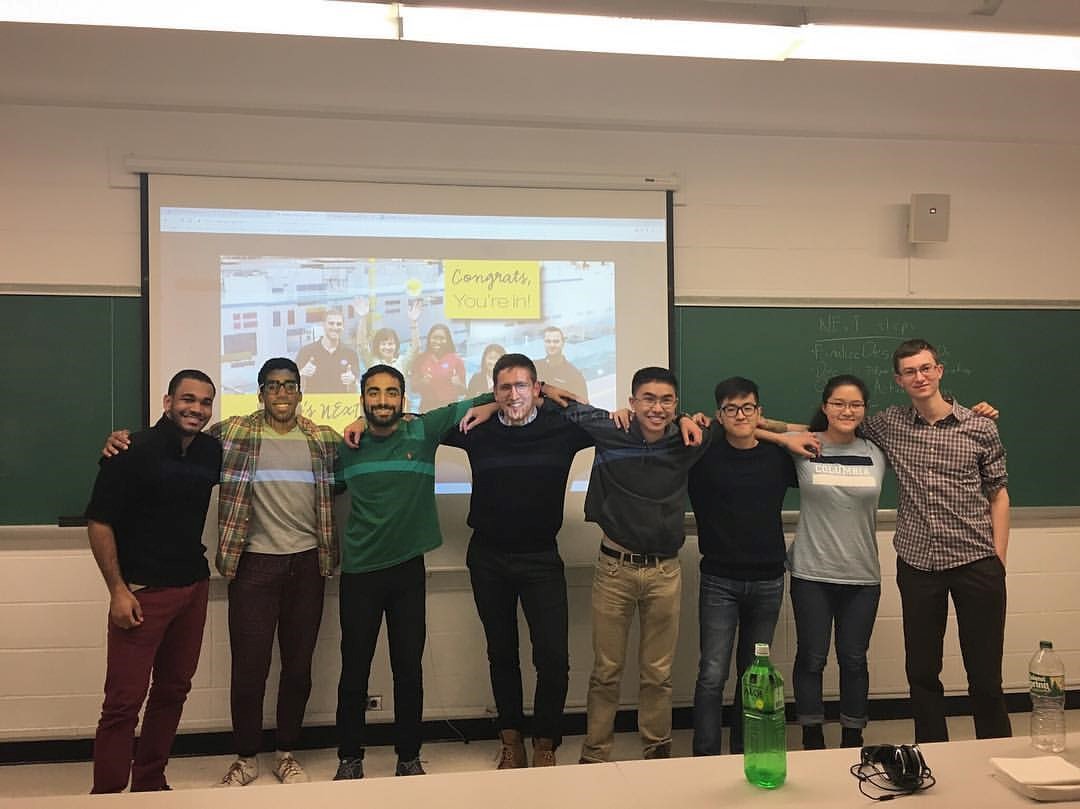 Our first step was to draft and submit a design proposal to NASA. We spent several weeks brainstorming drill designs, filling chalkboards with designs, ideas, measurements, and the inevitable modifications. 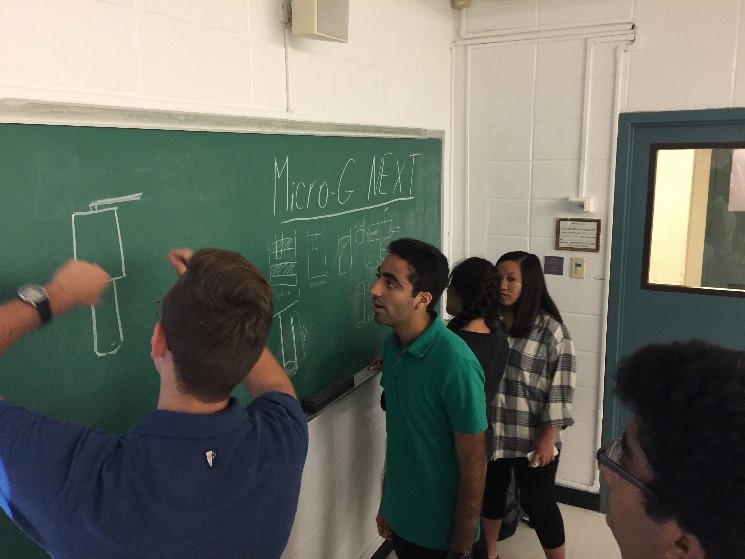 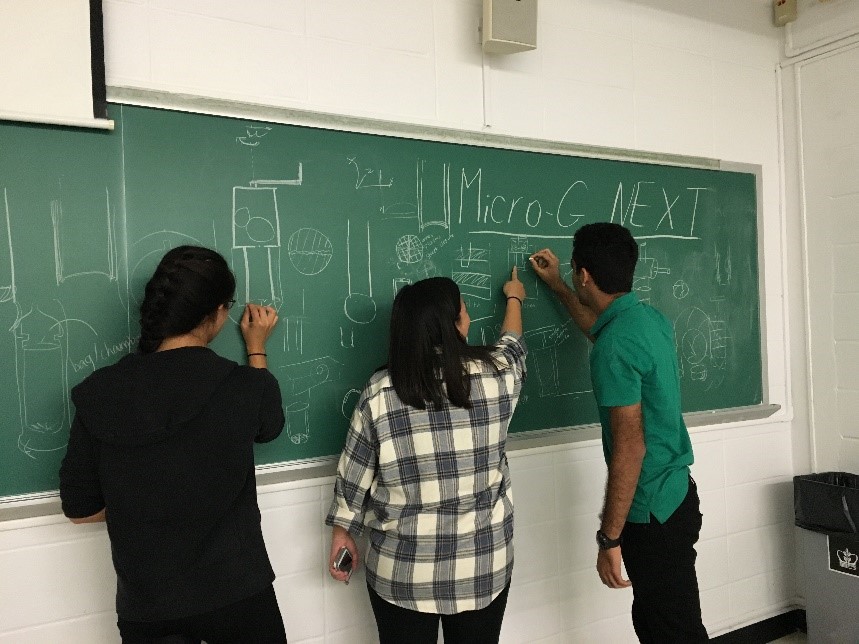 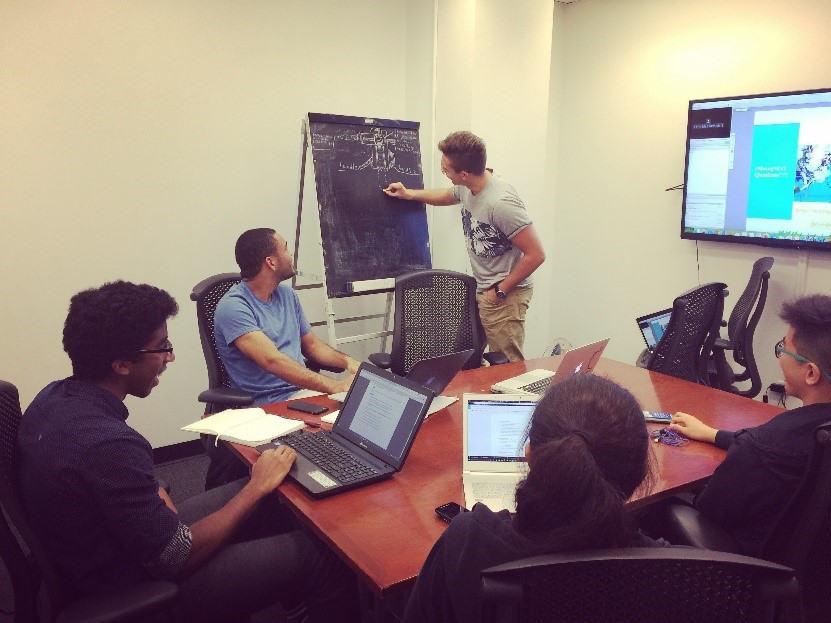 Complicating our design were the criteria that the device had to be able to drill around a cylindrical core sample of either sandstone or sand, and also somehow seal at the end to prevent the sample from falling out. We took some inspiration from already extant ice-corers, which are designed to drill down into polar ice to collect core samples. We decided that a pneumatically powered device was our best bet to drill through sandstone, and discovered an interesting mechanism that we could use to close the end of the collection tube, an Iris Mechanism. After a lot of work, we finished the first draft of our design and submitted our proposal. Check out the animation below showing how our device works, using a model imported from our CAD assembly.

Finally, in December, we received some great news: our proposal had been accepted! 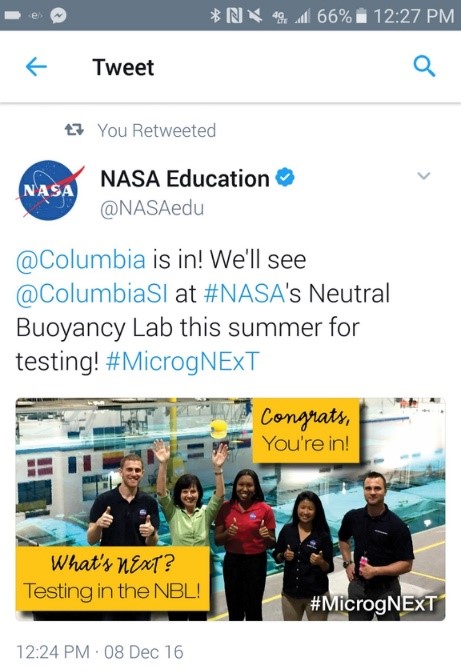 This meant that we would now actually manufacture our device and test it at NASA’s Neutral Buoyancy Laboratory in Houston, Texas, alongside teams from 29 other universities.

Now, we’re putting the final touches on our design, and we hope to start manufacturing it soon. 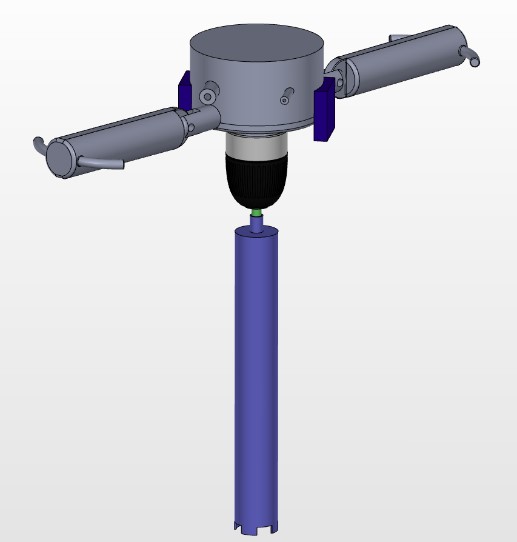 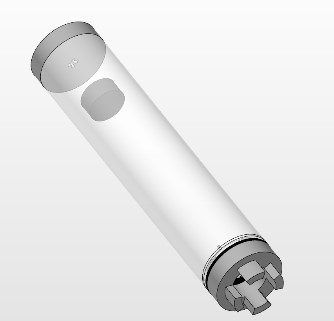 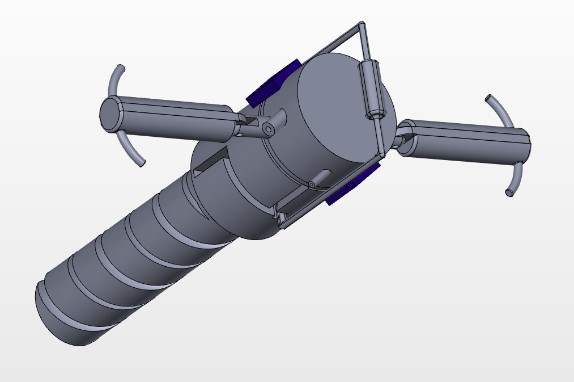 Some of our latest CAD models.
Left - the version for sandstone collection; right - the sample tube; below - the model for sand collection.

We are also coordinating our outreach activities at Liberty Science Center, the Intrepid Air and Space Museum, and various schools throughout New York City. We are very excited about these events and the progress that we have made, and we hope that you continue to follow us in our mission!

-Ben and the entire Micro-G team